El Patron is a 5×5 cartel themed slot from Stakelogic, which has a free spin feature, action/wild reels, and a buy feature. 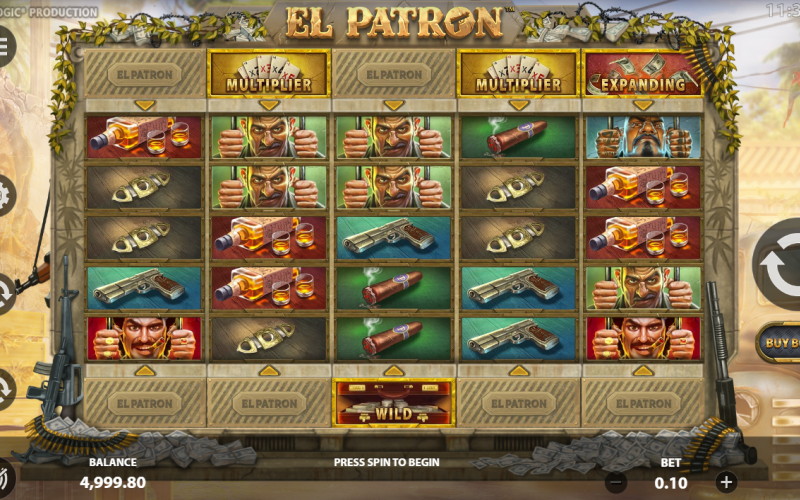 During the free spin feature, one of the extra reels has a machine gun symbol, and the other has types of wilds. When both the machine gun and one of the wild symbols are on the same reel, then the wild is activated.

In the case of the normal wild, two to five wild symbols land anywhere on the game board except the first reel.

Finally, in the case of a sticky wild, only one wild lands on the board, but it remains in place for the duration of the free spins feature. 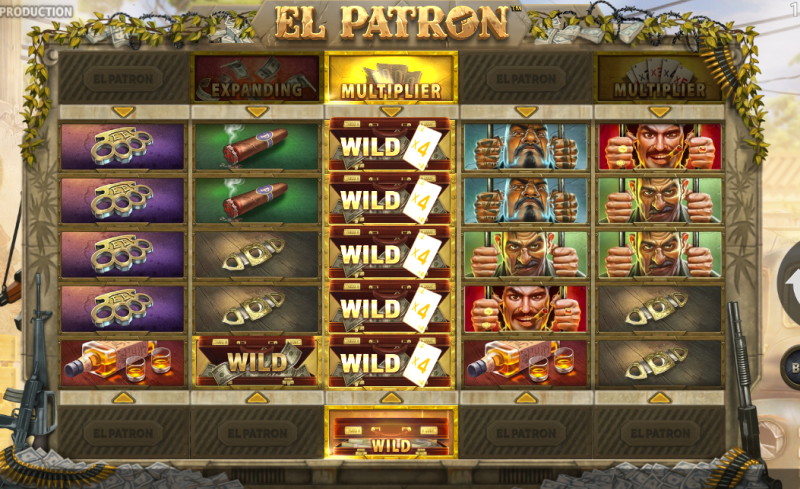 Both below and above the game board, you will find an additional reel. The reel on top of the board has ACTION SYMBOLS, whereas the other reel has WILD SYMBOLS. When both a wild and an action symbol are aligned on the same reel, the following happens:

Another option in this game is to buy your way directly to the free spin rounds. This is pretty expensive relative to the cost of a normal bet, but on the other hand the winning potential can be gigantic as well.

There is something very fascinating about organized crime. First it was the mafia, today it is gangs and cartels, but either way a glimpse into the seedy underbelly of criminal hierarchies is always interesting. And also more than a little bit terrifying.

We may never get to be the head of a cartel, but El Patron you get all the fun of running a criminal organization without having to worry about your rival drug dealers or the federalis. El Patron is a great video slot. The theme is terrific, the design and graphical effects are great, and the game play is captivating. The action / wild bar is a great feature that really spices things up.

It is not often we can say this about a video slot, but El Patron really has it all. Great gameplay, excellent visuals, even the soundtrack is awesome. We cannot recommend this game highly enough.