Hacksaw Gaming is a software development firm that specializes in providing games to online casinos. They were founded in 2018 and have been hard at work ever since, establishing partnerships with other development firms and bringing their products to market via their online casino customers.

Originally the main focus of their firm was in developing virtual scratch and win tickets, although they have also branched out into creating video slots, fixed prize games, and instant win games. Their mission is to produce games which are quirky and unlike what other software producers are making. They want to push the envelope and supply demand in the market which is presently being underserved.

Hacksaw Gaming has produced the largest fixed prize games (slots with a jackpot that is NOT progressive but rather fixed) that are on the market today. One of their slots, My Lucky Number, has a top prize of over EUR 25,000,000.

One of the popular titles produced by Hacksaw Gaming is Gladiator Legend.

Gladiator Legend is a 5×4 video slot with a medieval theme that uses DuelReel technology. One of its features is the vs symbol, where gladiators square off, then the surviving gladiator’s multiplier is applied to any wins. It also features two bonus games, ‘Arena’ and ‘Beast’.

Another popular title from Hacksaw was Aztec Twist. Aztec Twist is a 5×8 video slot with both respin and free spins features and a max win of 6800x your bet.

Hacksaw’s slots are known for their intricate gameplay and sophisticated bonus elements. Many of their slots feature multiple different bonus rounds with various jackpot mechanisms, which keeps things fresh and engages consumers.

Mobile Gaming is Their Priority

When designing games, Hacksaw builds for the smallest viewport first, and then works on making sure that the games are compatible with desktops, ipads, and other larger screens. This is because mobile gaming is such a large part of the online gambling market, and is expected to continue to grow in market share in the future. Ensuring that mobile users have a good experience is critical for any brand’s growth. 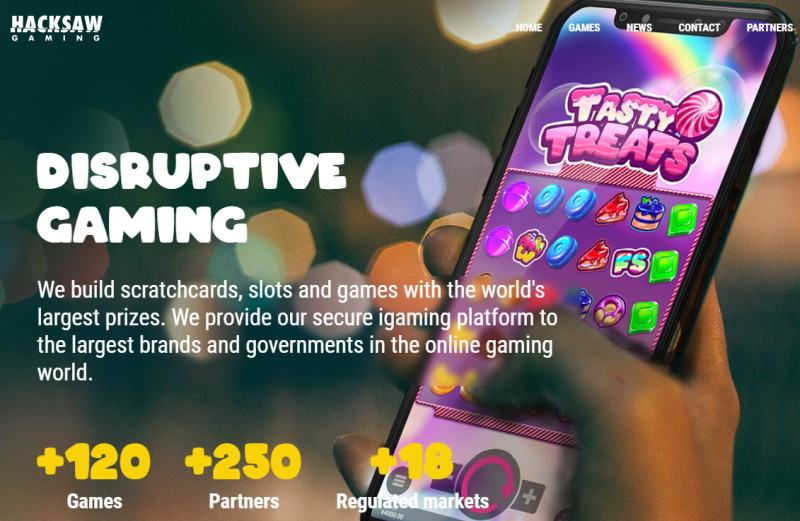 Optimizing for mobile gaming doesn’t just mean scaling down the size of your images. There are other factors, like load speed, which can be a real issue when bandwidth is limited. That is why one of Hacksaw’s games, Cubes, requires only 3.1 MB of data to load, which virtually any internet connection can handle without significant delay. They also utilize HTML 5 technology to ensure that their games can be played in web browsers and so are accessible on any device.

Since 2018, when Hacksaw received their gaming license from the Malta Gaming Authority, Hacksaw has grown by leaps and bounds, attracting new clients and increasing the size of their portfolio of games.

Part of Hacksaw’s growth first strategy is to expand the number of markets that they have access to, in order to reach a larger pool of potential customers. Through deals with gaming giants like ISoftBet, they have managed to secure access to an ever increasing number of regulated markets.

Hacksaw has been licensed by a number of regulatory agencies to supply games to regulated markets. Those agencies include the Malta Gaming Authority, the UK Gambling Commission, and the Government of the Isle of Man. Their games are also certified by eCogra, and ISO 27001. 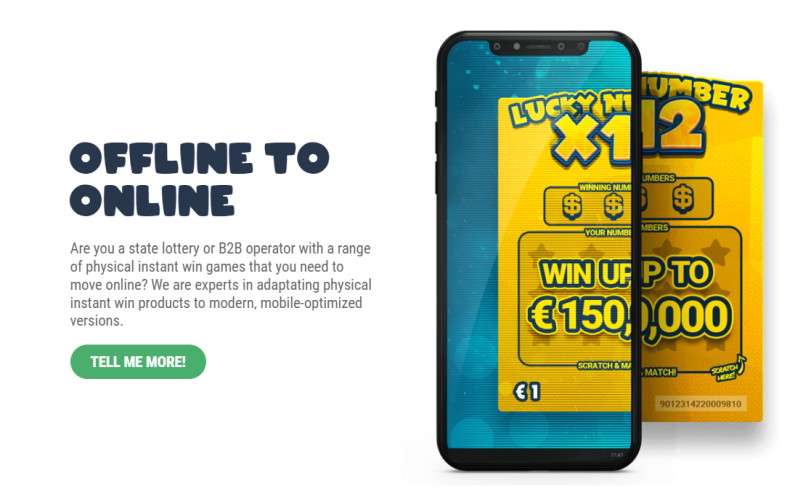 Hacksaw Gaming has won and been nominated for many awards since their company was founded. In May of 2022, they won SlotCatalog’s “Outperforming Game Studio of the Year”, to celebrate their rapid ascent in the casino online software development world.

In 2019 they were also awarded the prize for Instant Win of the Year at the Malta Gaming Awards.

In 2021 they also made the short list for Slot of the Year and Game Music / Soundtrack of the Year for the Casino Beats Game Develop Awards.

While Hacksaw Gaming may be one of the newer casino software development firms in the industry, their innovative approach to game design has already started to make waves. Although they started out as a company primarily designing scratch card games, their video slots and fixed prize jackpot games have been tremendously popular with the gaming public. At the heart of their success lies their focus on the mobile gaming end of the market, as well as the fact that their games are intuitive and simple to grasp.

Despite the fact that the modern online casino software development world is such a crowded and competitive field, with so many industry players out there producing high quality video slots for the public to enjoy, Hacksaw has been able to keep up with the best of them. By focusing on producing games which are of the highest quality, but also quite enjoyable for players to play, Hacksaw has been able to produce a good number of extremely popular slots.

It has been a wild ride for Hacksaw Gaming in just the few short years that they have been around and they will surely have a lot to contribute in the coming years.