Long before the white man “discovered” North America, bison roamed the land in herds. Each herd would have only one leader, the alpha. But sometimes a young bison male would challenge the leader and attempt to become the alpha. Enter the bison battle.

The base symbols payout as follows:

There are also “Wild Bison” symbols, which substitute for any of the animals or the suits. And you have Blue and Green Bison, which can only appear on the first reel. If the Blue Bison shows up on the first reel, along with the Red Bison on reel five, this triggers the Ice Park feature.

The Ice Park Feature occurs after the Red Bison and the Blue Bison clash. You start off with three free spins, and any time you get any symbol on a spin it resets, giving you exactly three spins again.

There are two types of symbols during the Ice Park feature, Bison Coins, and Red Bison which are multipliers. When the Red Bison show up, they stampede across their row, increasing any coins by their multiplier.

The feature ends after three consecutive spins without any Red Bison or Bison Coins, and then you receive a payout equal to the value of all the coins. 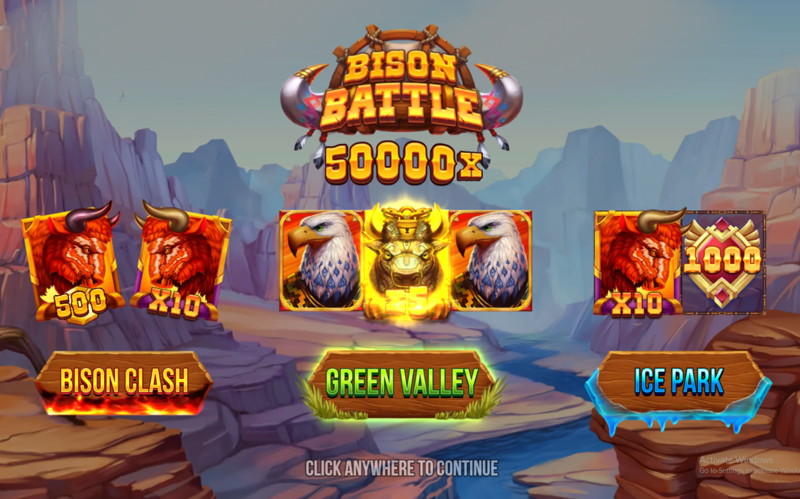 If the Green Bison appears on the first reel, along with the Red Bison on the last reel, then you get the Green Valley Feature.

The green valley feature is more like the base game played with eight free spins, except the Yellow Bison wilds are sticky and appear only on the middle three rows.

In addition, Red Bison may appear on rows 1 and 5, bringing an additional free spin, and attaching its multiplier to any Yellow Bison wilds that may be in its path. 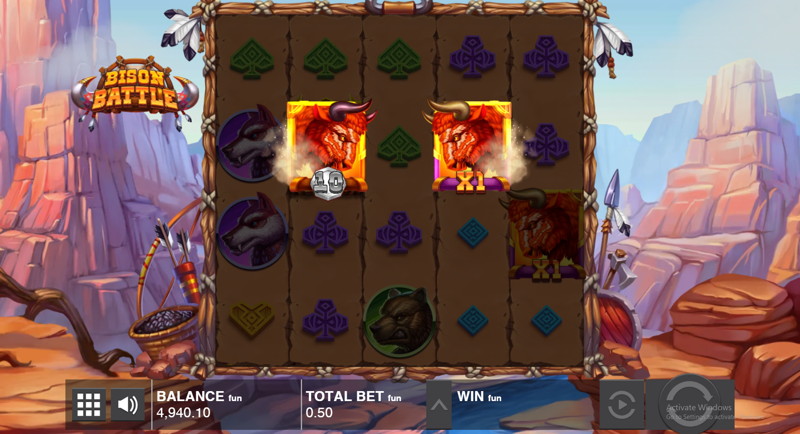 When you have two Red Bison on the same reel, this triggers the Bison Clash feature. They attack each other, and you receive a payout equal to the bet multiplier times by the instant win value. 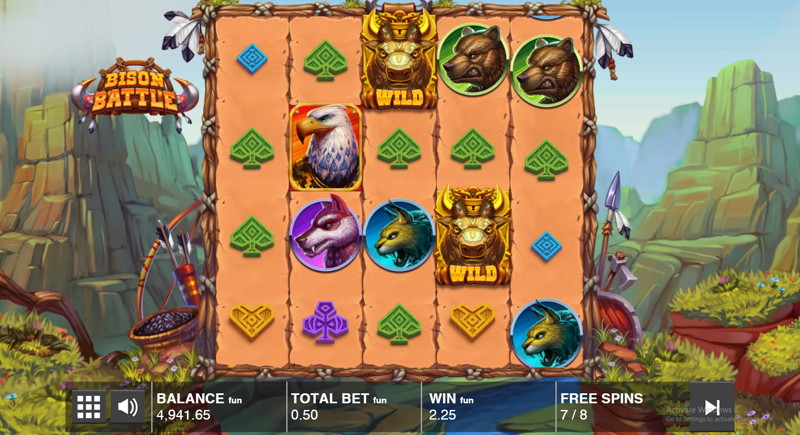 Bison Battle is one of our favourite slots of 2022 so far. Now it is a high volatility slot, and most of the return is going to come from getting to Green Valley or Ice Park. Grinding it out between bonus features can be a little frustrating when you keep firing out bets and are getting nothing in return. But in our opinion, the potential big paydays from the bonus features does make up for it.

When it comes to the gameplay, Bison Battle really shines. With two separate and radically different bonus features, as well as the Bison mechanics themselves, this is not your ordinary 5×4 video slot. This is a game with a lot of depth and it is a joy to play.

The graphics and design of this game are also really well done. The transition between base game, Ice Park, and Green Valley evokes the changes of the seasons or even different epochs in the history of the Earth.

The theme is also really cool, bringing us back to a time long before modern technology when people lived harmoniously with nature and majestic bison roamed the plains. If you think about it, for the vast majority of our evolutionary history, mankind existed with only very rudimentary technology. The world was a very different place a few thousand years ago.

So absolutely, Bison Battle is a great slot, with excellent gameplay, awesome graphics, and a cool back story. Give it a shot, you will not be disappointed.

Other Slots From Push Gaming 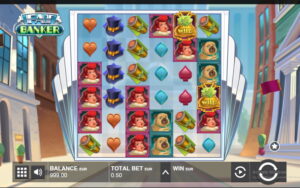 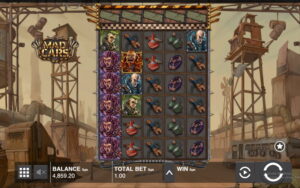 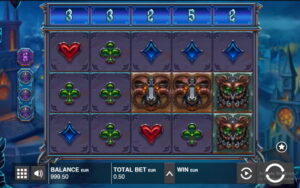