Dragon’s Gold 100 is a 5×4 high volatility video slot from B Gaming with an Asiatic theme. Journey to the Far East, a land of mystery, enchantment, and great treasures. Can you find the dragon’s gold? 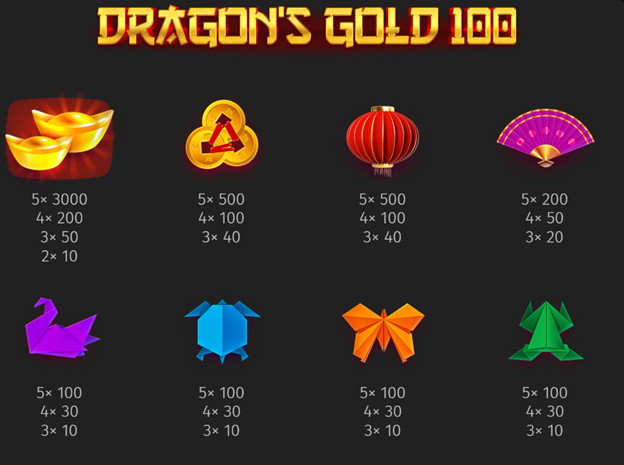 There is also a wild, which can substitute for any of the base symbols seen above.

Dragon’s Gold also features two scatters. The first scatter, with the two fish, pays for any number of symbols between 3 to 5 and regardless of position on the reel. The second scatter, on the right, can only appear on the 1st, 3rd, and 5th reel and pays when you get three in total on the same spin. 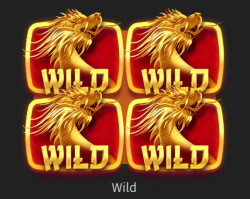 When the wild shows up, it expands to cover the entire reel, making it way easier to hit some winning combos.

Stacked symbols can cover either the entire reel, or part of it, unleashing massive prizes.

After you hit a win, you have the option to enter the gamble round and play double or nothing by guessing which will be the colour or the suit of the next card to be drawn. Do you dare to risk it all?

There is something very mystical and fascinating about Oriental culture and history. Westerners have long been interested in Eastern religions and belief systems. In many ways Asian culture is very different from the traditions and belief systems in the West, although there are also many similarities as well. Asian people tend to put more emphasis on the importance of the group, with strong family ties and generally having a more collectivist mindset. By contrast, Westerners tend to place a higher value on independence and individuality. 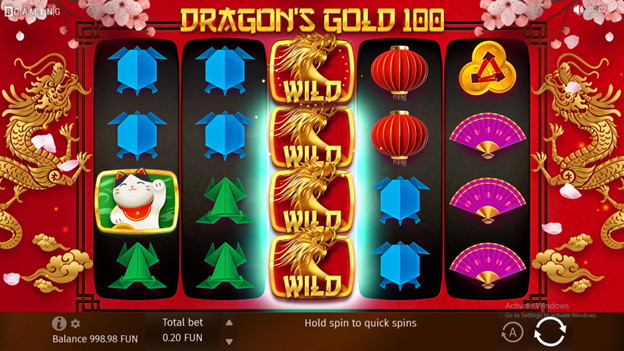 Dragon’s Gold 100 is a very interesting and fun to play video slot. It doesn’t have the traditional free spin bonus rounds that you would normally expect to see, but there are still some very interesting gameplay features to allow for big wins like stacked wilds, expanding wilds, dual scatters, and stacked symbols.

Having 100 different paylines is also a very interesting aspect to the slot, and it is nice that there are so many winning combinations.

In terms of the graphic and design, the game is very well made. The background with the red cloth and the golden dragon and lotus flowers reminds us of the many generic Chinese restaurants we have eaten in over the years. The lower value symbols being origami animals is a very nice touch. That’s something that probably doesn’t take a lot of work for the developers but helps the slot stand out amongst its competition. The sound effects and music are great too, very well suited to the game.

Overall we have to give this slot a pretty high grade. Definitely a B+ or maybe even an A-. We really enjoyed playing this game, and think you will too.

Other Slots From B Gaming 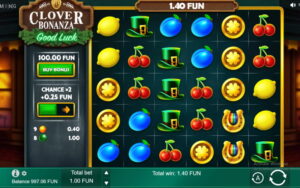 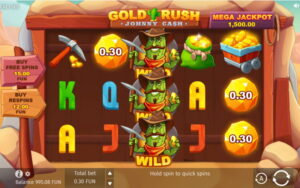 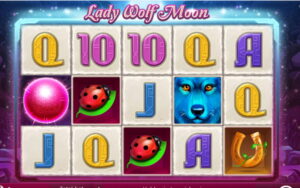 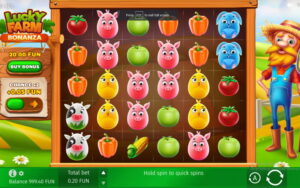