Raven’s Reveal is a video slot with an RTP of 96.07 from Lightning Box games, now a subsidiary of Light & Wonder. This 6×4 slot has 50 playlines and four different jackpots, the grand, major, minor, and mini. 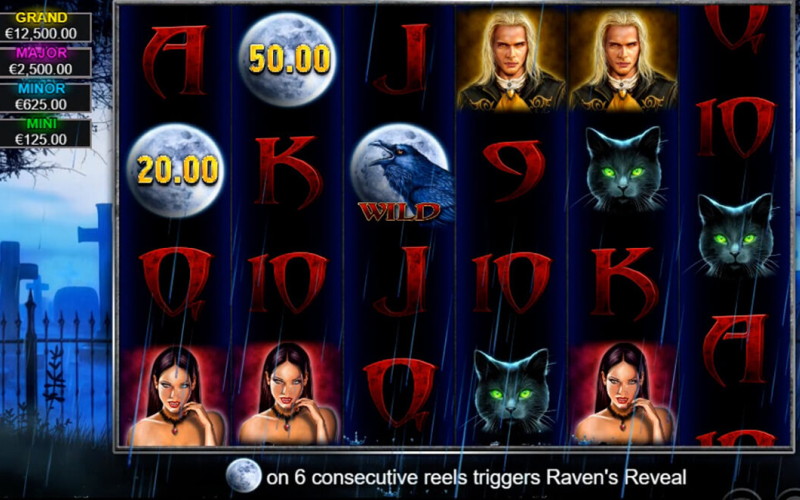 The highest value symbol is the vampire dude, then the vampire girl, followed by the black cat, and the candles. Then you have A, K, Q, J, T, and 9 which are all lower value payouts. Matching symbols pay left to right across any of the 50 paylines, and the more symbols you get across a particular payline the higher the payout.

There is also a raven which is wild and can substitute for any normal symbol. 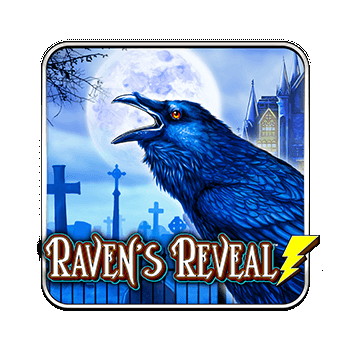 There are a number of moons. There is the moon with a dollar value that appears only on the first two reels. Then you have the wild moons and the jackpot moons.

If you trigger the reveal during bonus rounds and you have a wild red moon, then it will reveal either a mini, minor, manjor, or grand jackpot or a 2x, 3x, or 5x multiplier. The multiplier is only applied to prizes, not jackpots.

You are also guaranteed moons on the first two reels during the free spins games, getting you that much closer to a Raven Reveal. 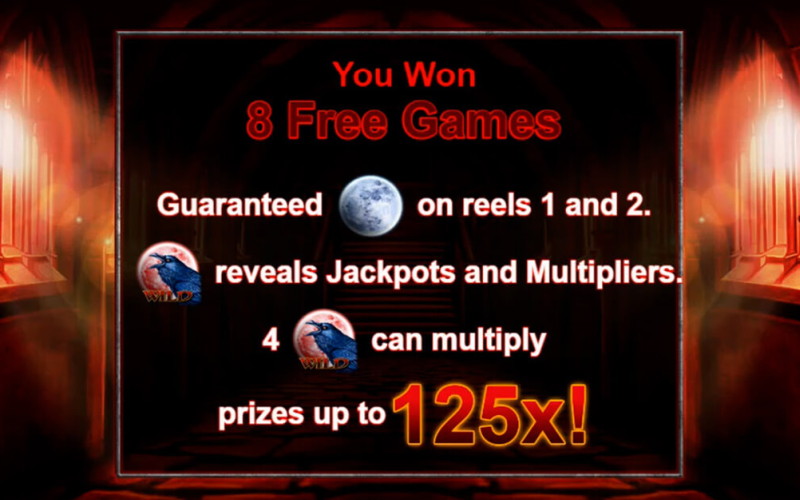 Raven’s Reveal has a very clear occult theme since there are a bunch of vampires in it. Ravens don’t really have a huge place in vampire lore, but they are associated with bad omens, and running into a vampire is probably not going to be a great time for you.

The occult theme is pretty cool. Vampires, werewolves, and other supernatural creatures that prey upon humans have been a staple of folklore across virtually every civilization.

Could it be possible that a viscous subspecies of humanity evolved in the shadows alongside homo sapiens? Is that why these myths have persisted for as long as people have been alive? No, that is not possible. But it sure is fun to imagine.

Raven Reveal has a pretty cool design. The lady vampire is positively alluring, and the background howling and setting in a graveyard is apropos. The graphical effects are on par with what we would expect from a modern video slot, and there is a reasonable amount of gameplay with the free spins and the moon feature.

That cat is just downright creepy!

Raven Reveal is a great slot. The occult theme has a lot of potential for online video slots, and in our opinion has been insufficiently explored by online software developers. This slot has a great, clean design, with good graphics and a very sharp colour scheme.

The gameplay is sufficiently interesting to capture our attention, and we had a great time playing it. You don’t need to be a vampire to sink your teeth into this slot, that is for sure. 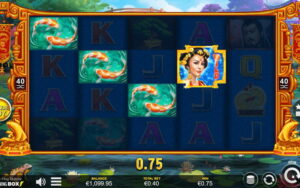 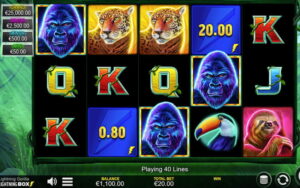 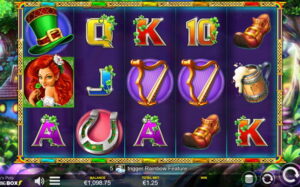 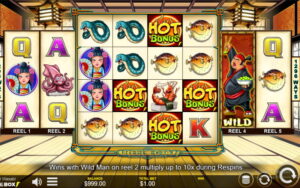