Ways of the Gauls is a video slot from Platipus Gaming with a historical theme. Enter the enchanted forest and explore the mysterious and wonderful land of Gallia. This game features respins, freespins, and a mystical potion enhancement. 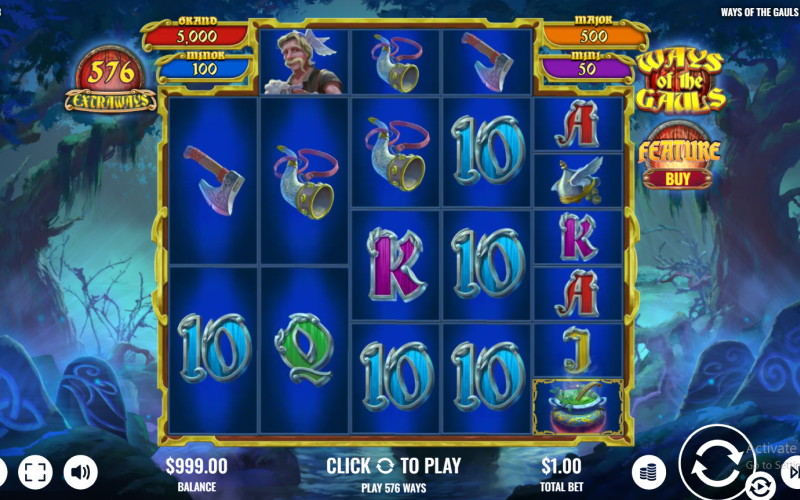 In addition to the base symbols, there is also a Druid Wild, a Cauldren Scatter, and a Bonus Shield. There is also an extra potion symbol, which can only appear on the top row, which improves any Wild or Bonus that it is on top of.

In this video slot, the game board is not fixed. Instead, the first and last reel can have between 2-6 symbols on any spin, and the third, fourth, and fifth reel can have between 3-7 symbols per spin, including the very top row. Because the number of symbols per reel is not fixed, the amount of possible winning combinations can vary anywhere from between 108 to 12,348 ways. 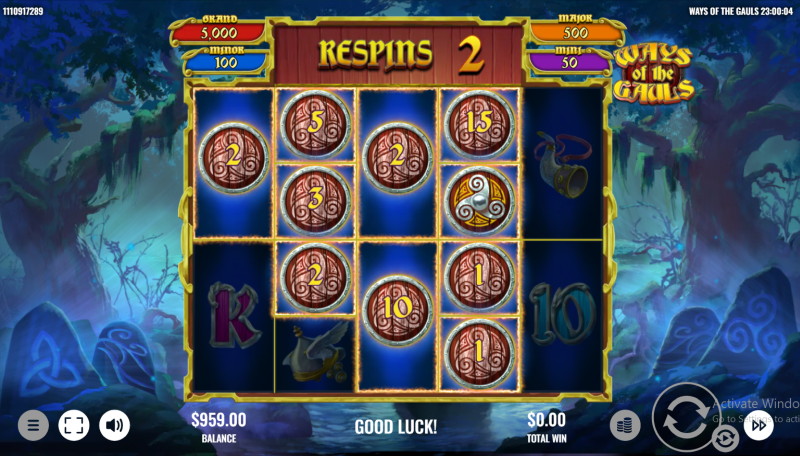 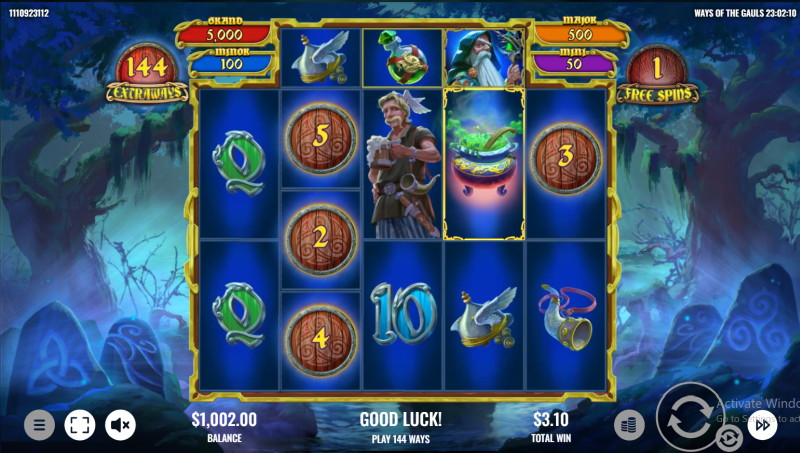 Gaul is a region of Western Europe more commonly known as modern day France. Gaul was inhabited by Celtic tribes who were conquered by Julius Caesar around 50 B.C. Gauls practiced a polytheistic pagan religion, and worshipped animals and natures. A key aspect of the Gaulic social order were the Druids, who served the role of high priest. Druids practiced the sacrifice of both animals and people and were individuals of great influence and power. 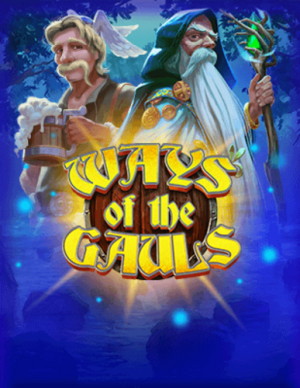 Way of the Gauls is an excellent slot. The theme is excellent and has many interesting narrative possibilities that can be explored. The historical genre in general has a lot of potential for video slot makers.

We really know so little about the Gaulic people as their society was essentially prehistoric. Most of what we know or think we know was observed second hand by Roman conquerors, aside from that which can be discovered through archaeology.

While the colour scheme is a little underwhelming, the rich gameplay, neat special effects, and excellent forest backdrop more than make up for it. The variable gameboard is a nice touch, as well as the extra top row that exists only for reels 2-5.

All in all, there is a lot going on in this slot, which makes it an enjoyable experience for the gambler. 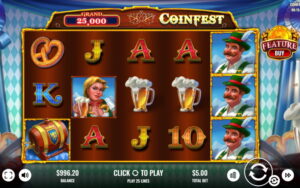 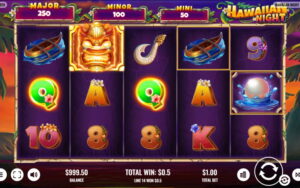 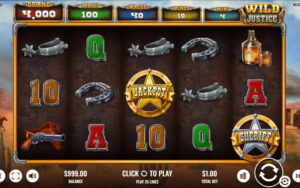