Legend has it that at the end of a rainbow you can find a leprechaun’s pot of gold. Well, you no longer have to wait for the rain to end to start chasing pots of gold with Lucky O’Mega, a video slot from Gong Gaming. So gather up your four-leaf clovers and lucky rabbit foot and let’s go a-hunting for that pot of gold.

Lucky O’Mega is a 5×3 video slot with a 94.06% RTP and medium volatility and 20 fixed paylines. The base symbols, in order of value from greatest to least, are the four-leaf clover, the pipe, the leprechaun’s hat, the horseshoe, the mushroom, and finally the lowly chestnut. There is also a wild, which can be anything except for a cash or scatter, and then the leprechaun which is a scatter.

The way the scatter works is simple, the more leprechauns that show up, the more you win. With the cash symbols, if you get six or more of them then it triggers the cash respins.

The cash symbols that trigger the respins remain in place, and if on any spin you get another cash symbol or one of the jackpots, then it resets the number of respins to three. Then, once the respins are finished, the cash value of all your cash symbols + any jackpots you have won are totaled up and paid out. 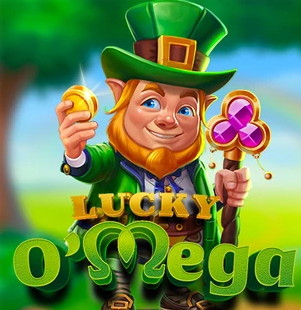 The theme of Lucky O’Mega is leprechauns. Leprechauns in Irish folklore are considered sort of solitary fairies and were often mischievous.

It’s a pretty cool theme, certainly, we would all love to find a pot of gold at the end of a rainbow, even if it means incurring the wrath of a tiny little creature dressed in green.

Lucky O’Mega also has Mega, Major, and Mini jackpots. These jackpots are won by hitting specific combos of symbols, you can see underneath the jackpot there are dark outlines of symbols, those are the winning combinations. And they each correspond to a different row.

Overall we have no complaints about Lucky O’Mega. It’s got decent game play, you have the cash respins which are a cool feature, as well as the Mega, Major, and Mini jackpot. And the leprechauns are paying too.

The theme is fun, as is the music, and the graphics are neat. Definitely not a bad little slot.

Other Slots From Gong Gaming Technologies 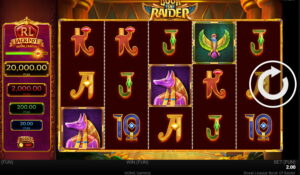 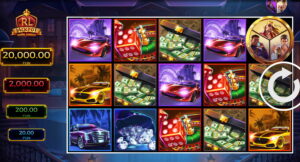 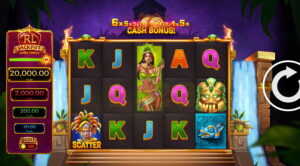