Bring honour to your clan and to your daimyo in Samurai’s Fortune, a 5×3 video slot from Stakelogic set in feudal Japan during the time of the Samurai. This game features a mystery symbol and a free spins bonus round with dropping wilds that trigger respins. 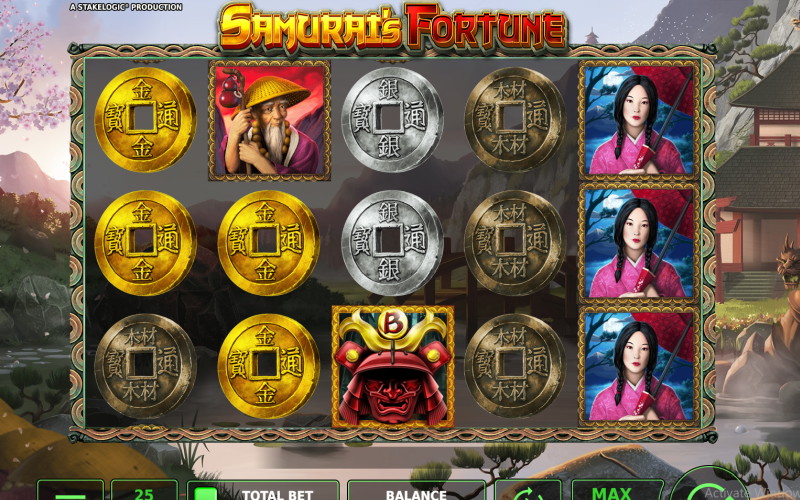 There is also a golden fish wild, which can substitute for any symbol. 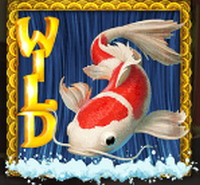 When this symbol appears, it substitutes for any base symbol, and also triggers respins, allowing you additional opportunities to win without using up any of your free spins. This dropping wild moves down a row on the game board a respin at a time until it drops off the bottom.

Mystery symbols can show up on any spin, and will either turn into a symbol or a wild. 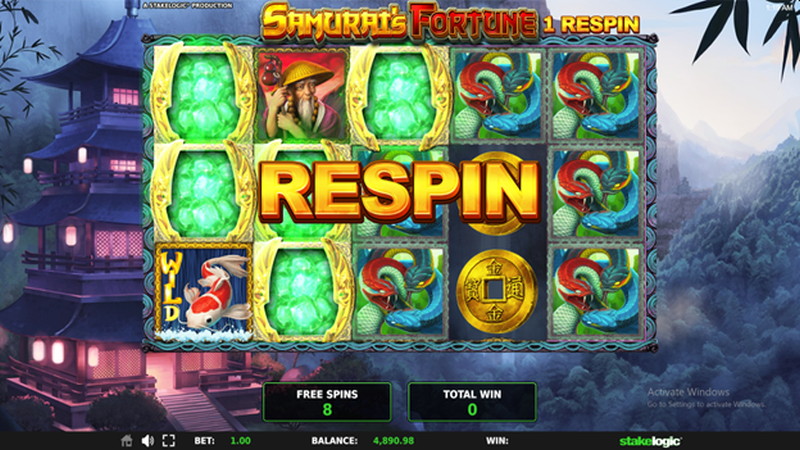 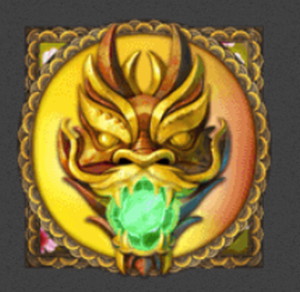 This slot is set in feudal Japan during the time of the samurai. The samurai were a class of high ranking soldiers who were protectors of wealthy lords and they existed between the 12th and 19th centuries. Samurai lived by a strict code of conduct known as bushido which governed how they lived and behaved.

Some of the practices of these soldiers included Zen meditation. Samurai were fiercely loyal, placing honour before all else. They were almost always literate, and many would own personal warrior’s libraries, which contained texts on military strategy and other important works. Eventually, as Japan became a modern industrialized nation, the Samurai became obsolete and faded away into history.

Despite being a few years old now (this game came out in 2018), Samurai’s Fortune still delivers. One of the cool things about this slot is that it actually has a cinematic at the start of it. This is something that more slots could incorporate, building a better lore and storyline for the consumer. After all, as slot creators, what you are really doing is building an experience for the player, and having cut scenes are a great way to provide some background to the slot game.

The actual game is slightly clunky, perhaps because of the older technology in use, or maybe that is just the way it is coded. Spins are a little too slow, but other than that, the symbols are really well designed, and the free spins feature with the respins trigger from the wild is really cool. The theme is excellent, the samurai are such a romantic figure and feudal Japan is a very interesting time period to base a game on. Over all this is just a fantastic slot.

Other Slots From StakeLogic 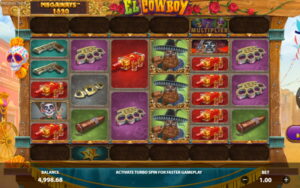 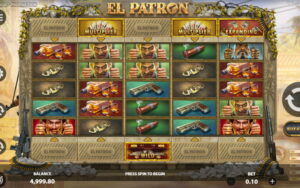 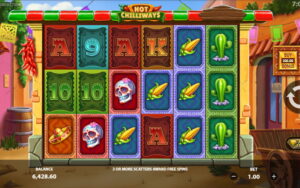 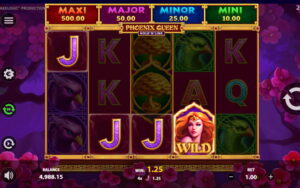 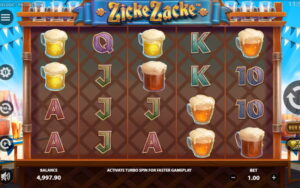