Read the Book of Elixir and enter a world of magic and mystery, where powerful sorceresses brew mysterious potions. Can you discover the secrets of the book, and find great fortune at the same time?

Book of Elixir is a 5×3 video slot with a magic / fantasy theme from Gamebeat Studios. This was one of the first slots that they released, but it has already picked up somewhat of a cult following among video slot aficionados. 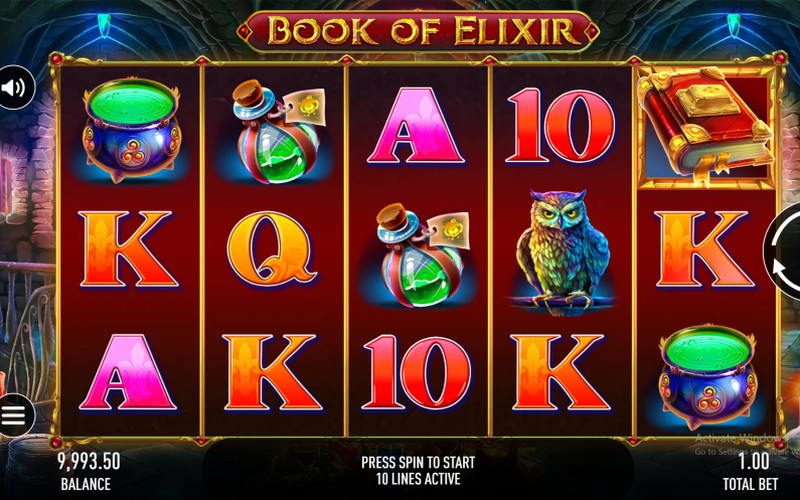 The Book symbol plays a vital role in this game, both as Scatter and and as Wild. In its capacity as a wild, it can substitute for any of the symbols in the above table. But as a scatter, three or more books will trigger ten free games, which come with the benefit of a special expanding scatter. This symbol can cover 2-5 reels and pays just like a normal symbol. The expanding symbol is just one of the normal symbols picked randomly, but it expands if it would hit a payline. 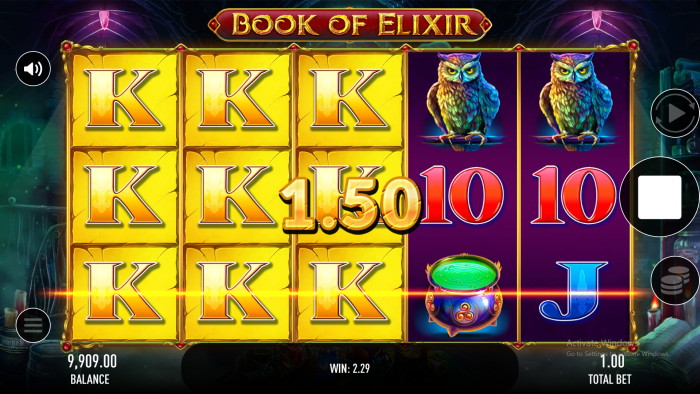 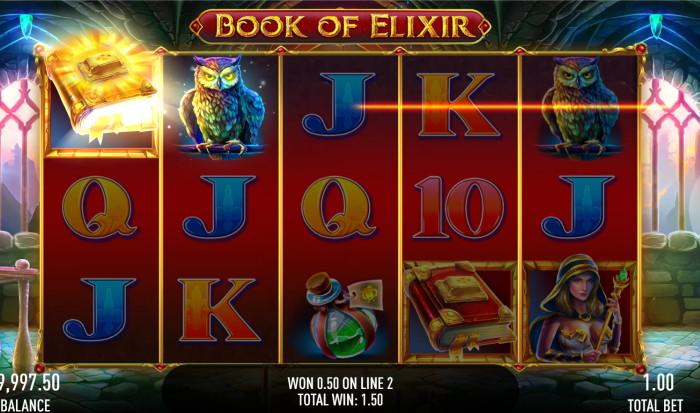 The theme of this slot is magic. In particular, it seems that the protagonist of this game, the female sorceress, has a talent for crafting magic potions. Presumably she uses the Book of Elixir to find recipes for love potions, panaceas, and other assorted magical drinks.

Historically, magic potions were quite common in medieval times. Actually there was a grain or truth to these elixirs, as many plants (which were made into the potions) do have curative properties and can be used to treat disease or ailments. This was essentially a very rudimentary form of modern medicine, although quackery abounded to be sure.

Over time, monasteries in particular would note which plants could be used to treat different ailments like dog bites, burns, or upset stomach. Well when you have no hospitals or pharmacies you need to make do with what you could.

Later on, during the 19th century, salesmen would travel the country selling magical elixirs which were said to cure any illness or disease. These so-called “snake oil” salesmen were frauds of course, and they would quickly leave town with the money before anyone caught on.

Book of Elixir is a decent slot. It sort of feels like Gamebeat Studios was still coming into their own when they made this one. It’s not that it is bad by any means, it has a cool theme and some nice graphical effects, but it just feels like it is lacking a little je ne sais quoi.

Don’t get us wrong, there are some definitely strong points with this video slot. The sound effects and background music are on point, and make the game quite engrossing as a matter of fact. And the images are all well crafted and creative. The background setting inside the sorceress’ lair is perfect. But the gameplay / bonus features could be a little more interesting.

Still, not a bad game by any means. Fans of fantasy slots will probably enjoy it, and it is certainly worth giving a spin.

Other Slots From Gamebeat